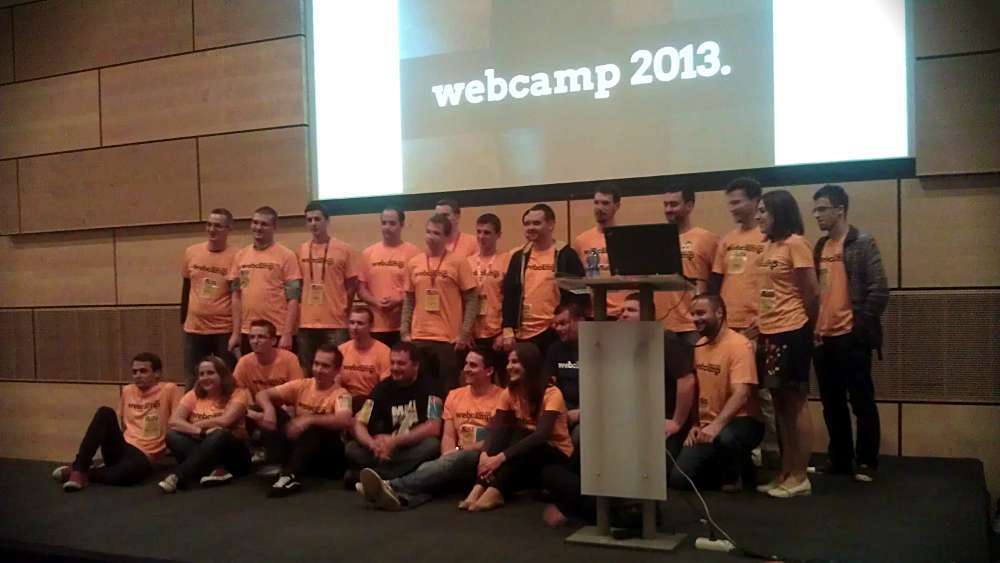 The second WebCamp conference was held yesterday. The first one was a blast, but this one was even better. I was lucky to attend a number of conferences, domestic and international, big and small, one day and multi-day events. There were some really good ones, but not one comes close to WebCamp when ranked on friendliness. I’m completely aware I’m biased, but when you see 600 friends and familiar faces in one place, sometimes after a full year, it’s impossible to beat that special feeling.

I believe that atmosphere is a reflection of the how everything started. Small developer user groups who usually get together for knowledge sharing and hanging out wanted to make something bigger. They made it a LOT bigger with this conference, but managed to keep the overall aura humble and friendly. Even with that informal feeling, everything was working, schedule was followed punctually and nothing was missing for speakers or attendees. That’s why most of the credits should go to organizers and volunteers. And this is my “thank you” to all of them.

Slides and takeaways of my talk can be found in another post.

Previous blog post:
The power of a plain old bookshelf