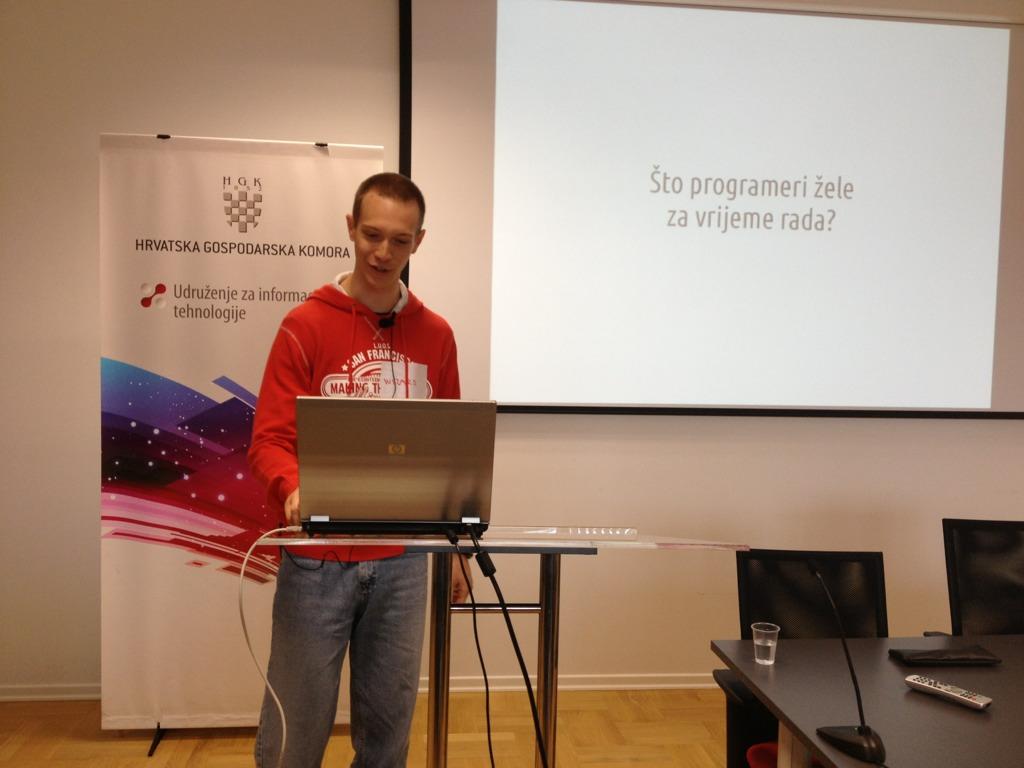 I had a privilege to speak at WebCamp Zagreb conference at the end of November. It was one of the biggest (if not the biggest) gathering of that kind in Croatia. It was development orientated with almost 250 people coming from the whole region. More than 60 presentations were nominated from a much bigger pool and then the final 24 selected.

My presentation was about communication and building interfaces. It was very well received and I’m very satisfied with it. Here are the video and the slides in Croatian if you want to see them.