Technology and politics in the middle of an ocean

I was fortunate to spend a recent vacation on Maldives. Sandy beaches in warm lagoons were a welcome escape from cold European winter, but it was impossible to run away from modern life. Let me tell you about two things that dominated my exploration of local settlements: technology and politics.

Some info about Maldives:

I’ll be frank. Except for the covering part, which was brought up by my wife during planning, everything else I learned from a flight magazine. I knew I would lie on a speckle of sand in the middle of Indian ocean, but other than that I only had my assumptions about how it would look like. Picture Christopher Columbus disembarking at the shores of America and you wouldn’t be too far.

And so I exited the plane, entered the arrivals building, stepped in a line for passport control and looked around: other tourists, customs officials, an ad for a 4G network, an old conveyor … Wait, what? 4G? I wasn’t expecting to get a phone signal in all places; instead I’m looking at a telecom message about a high speed data connection. On a sand heap. In the middle of an ocean. 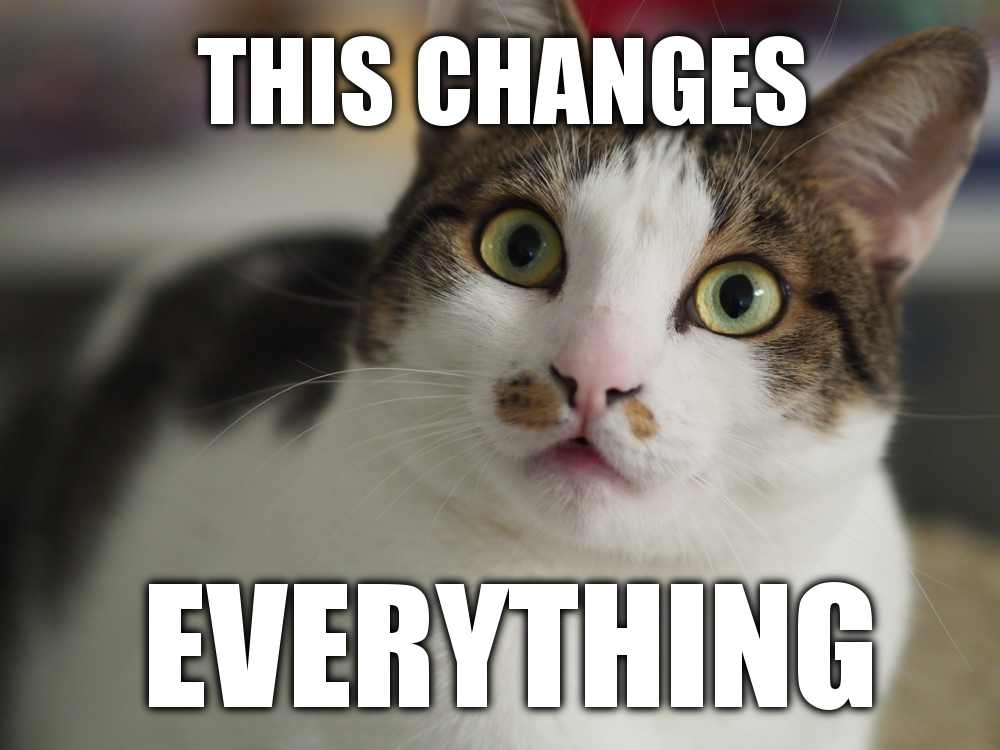 And then I started noticing smartphones: small and big, old and new. It seemed like everyone had one. The trend continued for over a week–cooks and drivers in the resort used them, as did the locals in villages we visited at one point. Security guards and check-in personnel fumbled with them when they were bored. In hindsight, I was dumb to assume anything different. I’m reading a lot about “mobile only” trends in non-Western countries, but I’ve never experienced it first-hand. It was a distant fact and not a part of my life.

Now, seeing it with my own two eyes, I’m even more convinced that mobile expansion is really one of the biggest technological and social shifts in the last ten years. And it’s still growing like crazy.

The most notable “aha” moment was when a resort employee asked me to share some photos with him. I immediately asked for an email because I figured that was the easiest way to do it. “I don’t have email” came back. Oh … One more thing I took for granted. Maybe because I can’t think of any European or American I know personally, 20 to 50 years old, who doesn’t have an email.

I read a Smashing Magazine article the other day about web design in China. It was mostly mobile oriented and I’ll quote some trends that correlate nicely with my experience in Maldives:

“But everyone in the Western world has a smartphone,” you think. You’ve got one, yeah? You probably don’t know anyone who doesn’t, so it’s hard to imagine an increased level of saturation or to imagine that the difference between China usage and non-China usage could be significant. There is, though, and I would argue that the difference is evident not in the number of mobile users, but rather in the level of mobile-centrism. A few statistics out there support this theory, but they don’t encapsulate the story the way that anecdotal evidence does, so let me offer some, based on my own experience:

In China, your mobile phone number is nearly as important as a social security number in the United States. If you lose access to your mobile number, you may also irrevocably lose access to e-commerce accounts, digital wallets, social network accounts (which are tied directly to the mobile number) and much more. Because of this, people take great care to go through the process of officially associating their number with their government-issued state ID to prevent identity theft and to ensure easy retrieval in case of SIM loss or damage.

Most websites in China use a mobile phone number instead of an email address as the primary identifier for logging in and as the primary password-recovery tool — particularly relevant since email doesn’t have nearly the saturation in China that it does in the West.

If technology interests you, read the whole article to uncover some other non-Western trends.

Since I touched on China, there were a lot of Chinese tourists; maybe a half of all people in the resort. I must say it surprised me, but what surprised me even more was almost everyone had a gold iPhone. It was clearly a status symbol for them, especially because Apple is one of the top three luxury brands in China. I’ve noticed (too many) gold iPhones and Androids in Istanbul on my way back too. I have to give credit to Apple for introducing the gold line (and everyone else for following); I couldn’t imagine why anyone would buy it, but it looks like it had perfect business sense. Another reminder not to design for yourself.

Human behavior will always be a source of inspiration and bewilderment. There are certain behavioral patterns and interactions, but also social and cultural constructs, that are observable in populations of any size. Maldives is not an exception.

By now you probably have a good impression of how small the country is. But just to make it more interesting, I overlaid the island I visited onto Manhattan.

Small, right? Just a bit bigger than Central Park and only 7,000 people live there. You would expect an oasis of peace and tranquility. And you would be mistaken. They have two villages and were fighting each other ferociously until very recently (facepalm). If you put two people on a desert island, I’m sure they’ll find a reason to resent each other. 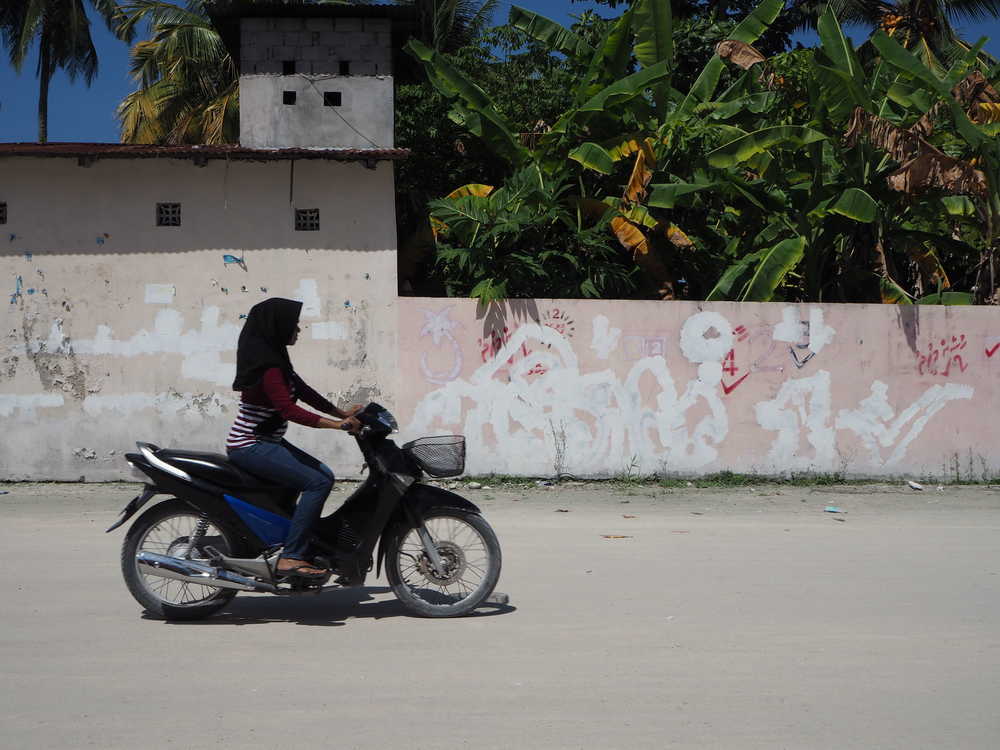 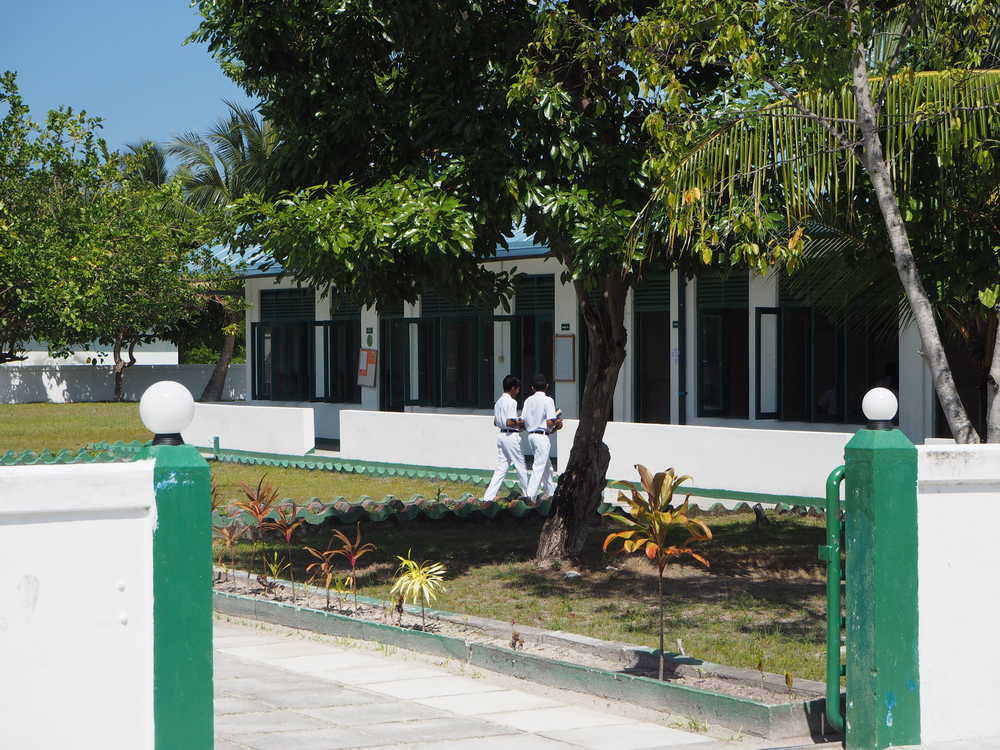 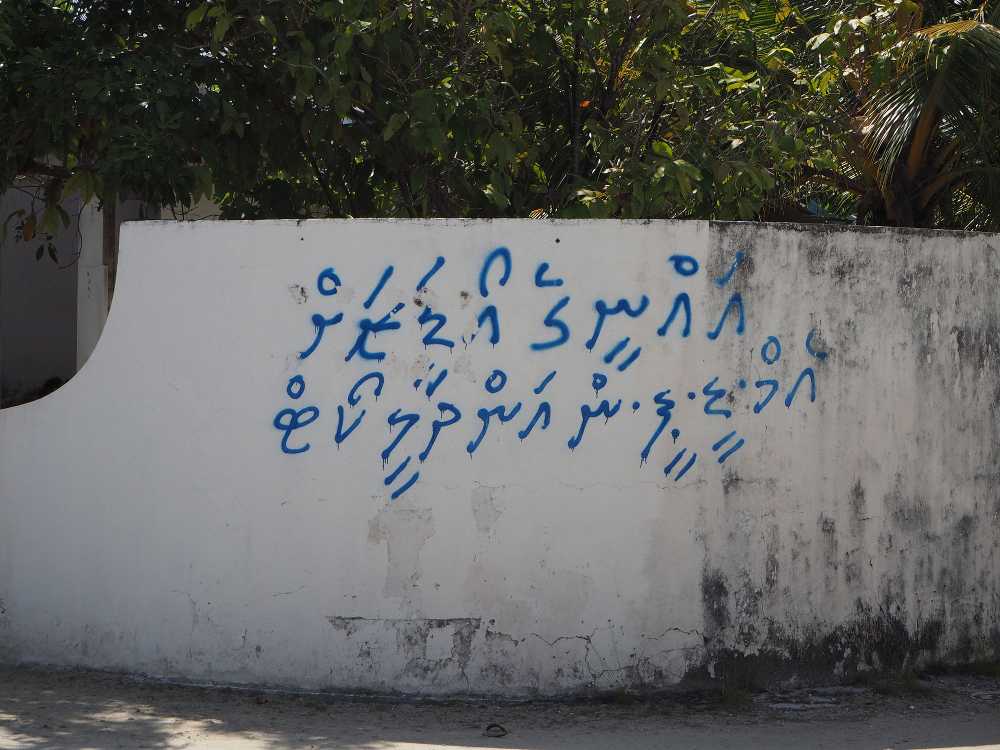 Everything seemed usual and familiar while walking through one village: houses, schools, mosques, government offices, shops. It didn’t stop there unfortunately: graffiti and political posters and messages. So what’s going on? They are not satisfied with the current national government, rising taxes and upcoming reforms, so they are preparing for earlier reelections. The most common response to a question why something works in a specific way (or doesn’t work at all)–“Because of politics.”

At this point I’m not sure if this is a sign of a really bad government or the human need to blame “them” for everything. I’ve seen both before and neither option is good. 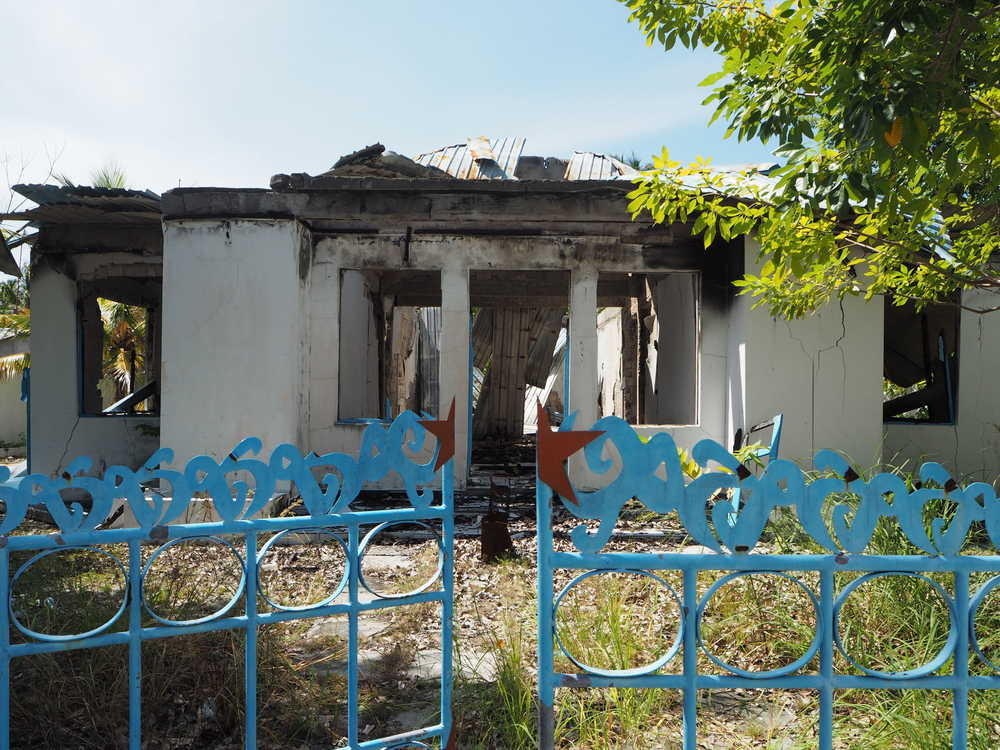 “What happened?”
“The court building was burned down.”
“Why?”
“Because of politics.” 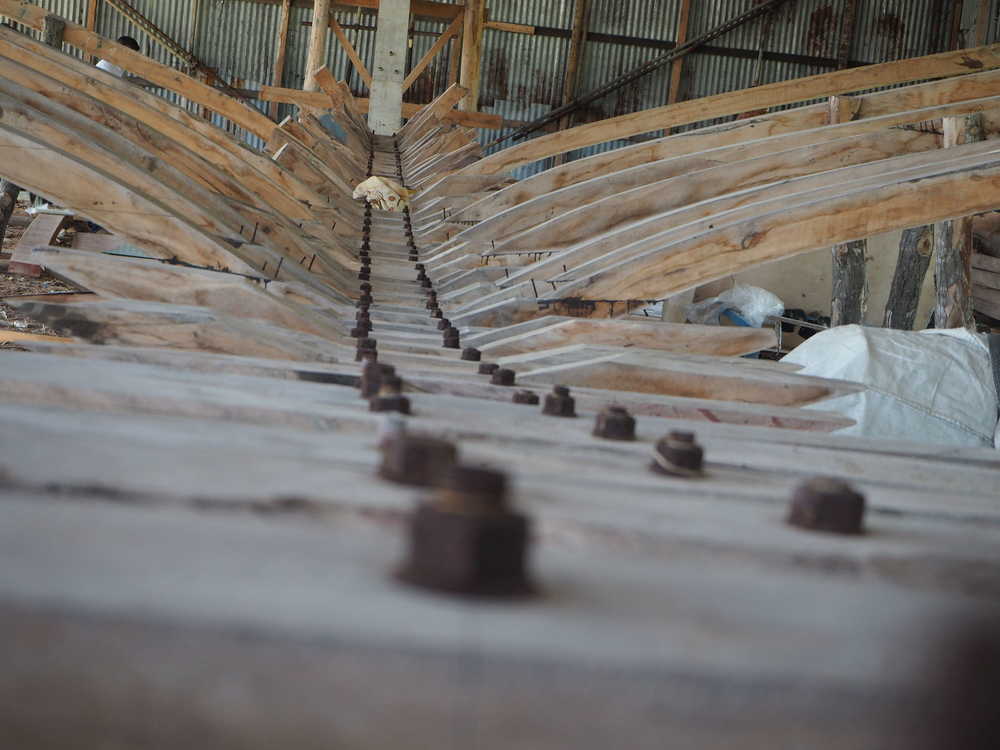 “This would be a beautiful boat.”
“Why did the construction stop?”
“Because of politics.” 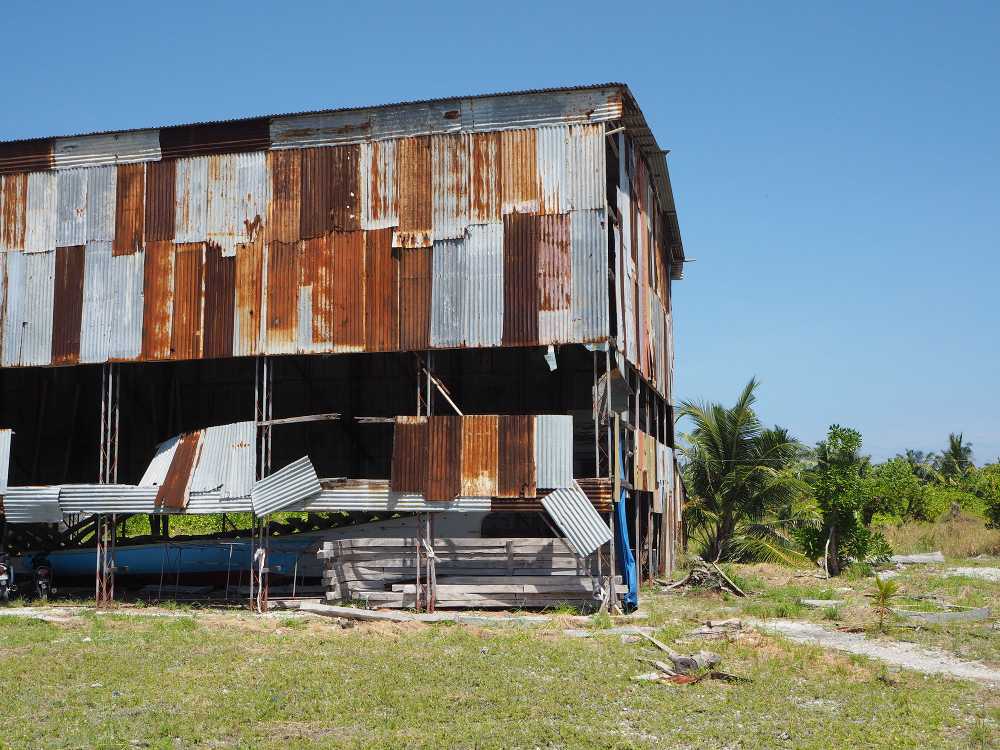 One thing that really struck me is that Maldivians, on average, live in worse conditions than people who come there for a vacation. Resorts are modern, luxurious and clean–trash and dry leaves are removed daily from paths and beaches–and local settlements often look like slums. Graffiti all over small and usually neglected houses, trash everywhere. I’m aware that tourism is their main source of income which allows development in other areas, but it nevertheless makes me a bit sad. 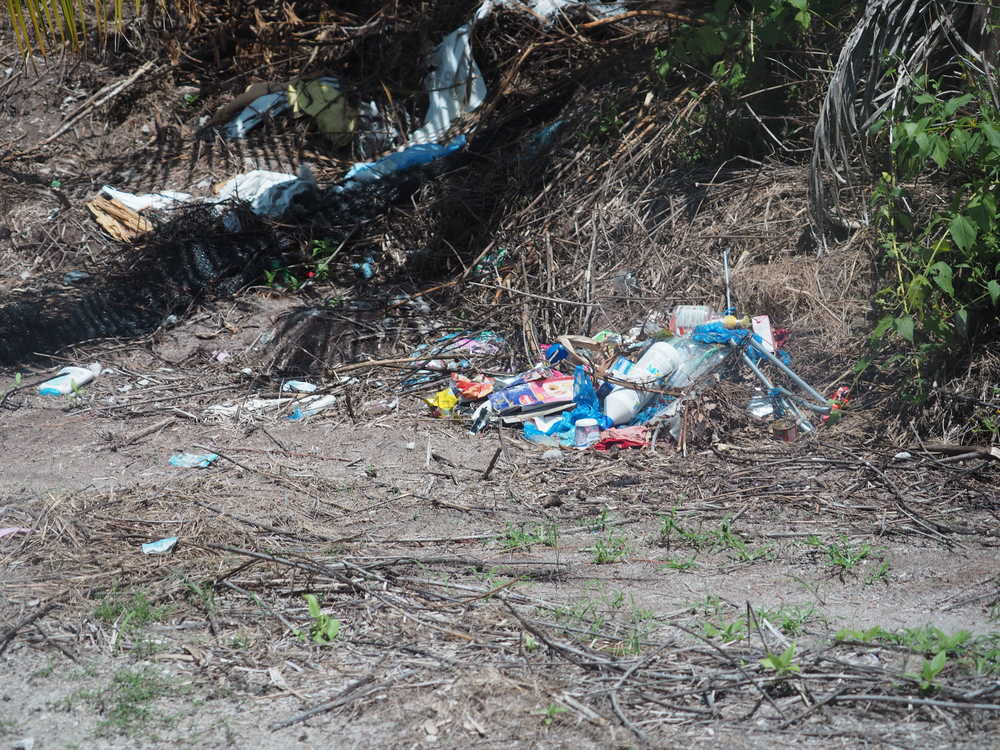 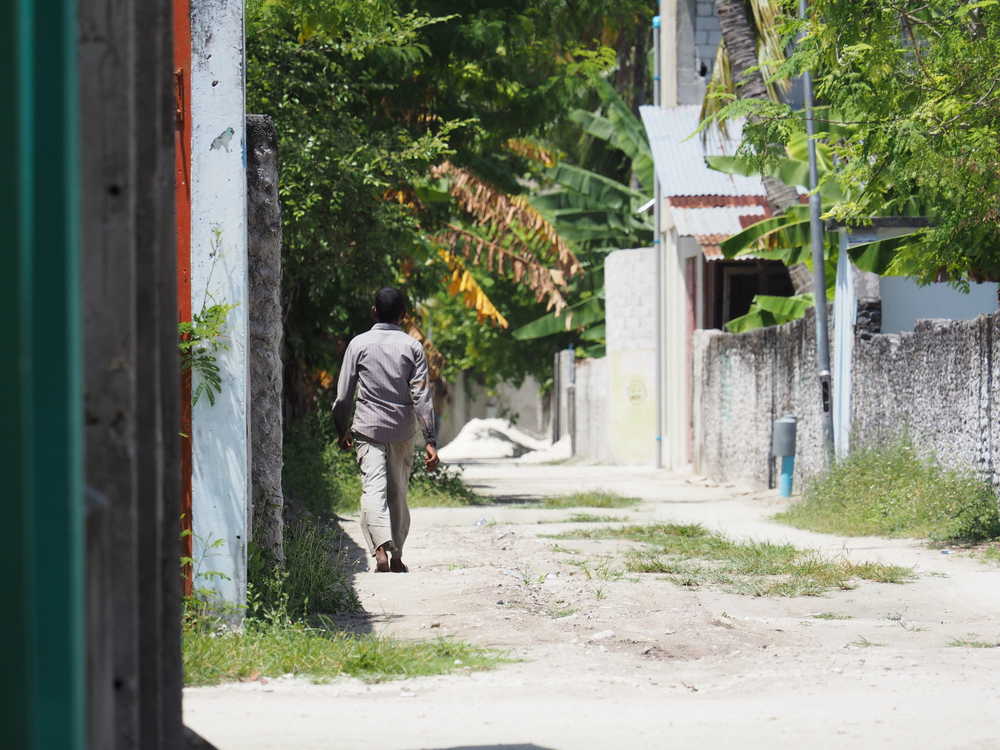 Smartphones and politics. Every new trip I undergo confirms we’re all more alike than different.