Storytelling in design and engineering

The last man on Earth sat alone in a room. There was a knock on the door.

If you stop for a moment and try to see what’s going on in your head, there is a big chance you’re thinking “How is that possible? Was there a disease outbreak or a nuclear war? Maybe he’s not the last human. Maybe it’s aliens? Or is he just dreaming?”

Those few sentences left a gap which your brain is trying to fill. Humans excel at recognizing patterns and filling in the gaps. We were doing that before we could speak and it’s automatic and very powerful. The main reason we fill in the gaps between seemingly unrelated data is to construct meaning; we like to know how something is related or connected to something else.

If we see a person running in everyday clothes and then a bank in commotion surrounded by police, we’ll probably suspect that person had something to do with it. The moment we casually connect a set of events with meaning, we’ve created a story.

We tell stories to ourselves all the time to explain how or why something happened. Sometimes they get shared and spread among families, friends and professional communities. They are so pervasive we cease to notice them as such.

You can be sure of one thing–a story will always be told, and if you don’t provide meaning, people will provide their own.

What is a story

One good definition of a story I’ve found:

A story is the telling of an event, either true or fictional, in such a way that the receiver experiences or learns something just by the fact that he or she heard the story. A story is a means of transferring information, experience, attitude or point of view.

Two things are worth repeating:

Storytelling isn’t just about consumer marketing, children stories or coming up with a plot for a novel. It can also be used to frame our professional communication to make it more effective. Good communication is an essential part of successful projects and stories are building blocks of communication.

For a story to be good, it has to be:

If you’re describing past or current events, everything you say has to be true–all data, references, quotes. If someone finds only one mistake, you’ll probably lose all credibility, even if everything else is true.

Conflicts and problems that are going towards resolution draw us in; conflicts like human vs. nature, human vs. self, human vs. other humans.

For example, if you say “We decided to redesign our web shop.” and continue with steps you’ve taken, you’ll leave a lot of people without context and reasons for the action. But if you describe a problem “We were losing sales because people were not able to access our web shop with mobile devices, so we decided to redesign it”, you’ll make your process more compelling, and people will want to hear the results and lessons learned.

A story will resonate with us the most if it’s already close to our personal beliefs and cultural norms. We like to think of ourselves as rational beings, but we’re often not acting the part. Many studies have shown that if a new fact arises and is too far away from our current beliefs, we’ll usually try to dismiss it or at least lessen its importance.

Ed Catmull, currently the president of Pixar and Walt Disney Animation Studios, writes in his excellent Creativity, Inc book about a time when he worked with George Lucas on Star Wars. At George’s request, Ed’s team developed a video-editing system that would enable editors to do their jobs on the computer. Have in mind that was the end of the 70s.

While George wanted this new video-editing system in place, the film editors at Lucasfilm did not. They were perfectly happy with the system they had already mastered, which involved cutting the film into snippets with razor blades and then pasting them back together. […] They took comfort in their familiar ways and change meant being uncomfortable. So when it came time to test our work, the editors refused to participate. Our certainty that video editing would revolutionize the process didn’t matter, and neither did George’s backing. Because the people our new system was intended to serve were resistant to it, progress screeched to a halt.

And here is the lesson:

Clearly, it wasn’t enough for managers to have good ideas–they had to be able to engender support for those ideas among the people who’d be charged with employing them. I took that lesson to heart.

This means you have to prepare or adapt a story for a specific audience. One story for all just won’t work. Take a small cherry tree as an analogy. Cherries at the bottom are easy to pick; they’ll be gone immediately. The ones at the top will never be picked, except maybe by birds. Cherries in the middle are hard to reach even if people stretch. Your job as a storyteller is to lower the branch, so it’s easier for them to grab the cherries.

When a story is relevant to listeners, it’s not only a speaker’s story anymore. It becomes their shared story.

Now you know what makes a good story, so let’s go through a couple of examples and apply it. Unless you’ve just started in the field, you know drawing interfaces and writing code is only a small part of the whole start-to-end process. It involves defining problems, researching, talking to stakeholders, outlining and presenting solutions, collaborating, building a team and keeping it motivated.

Imagine you’re applying for a senior position in a small or medium sized company. You’re going to talk to a project manager, company co-founder or CTO. After initial pleasantries and introduction, there comes the best and the worst question in the world: “Tell me something about yourself.” You can answer with a list like this:

But what did you say about yourself–that you stayed long in academia and that you probably know something about C++? Is that what you wanted to say? Let’s take good story principles from earlier and apply them here. One that is apparently missing is relevance. You have to think from the perspective of a person who is building a business. What does he or she want from a senior person? To be proactive, find and solve problems, be an example to others and be able to learn and grow.

So in light of that, let’s try to rephrase the opening paragraph of our answer and lead the following discussion in a more exciting direction.

Led a team of 10 engineers to build a product based on my Ph.D., which earned $5M in profits just last quarter.

Under a condition it’s true, you have their complete attention.

Laszlo Bock, SVP of People Operations at Google, recently wrote a post My personal formula for a winning resume in which he describes just this kind of approach of starting your first professional communication with a potential employer. 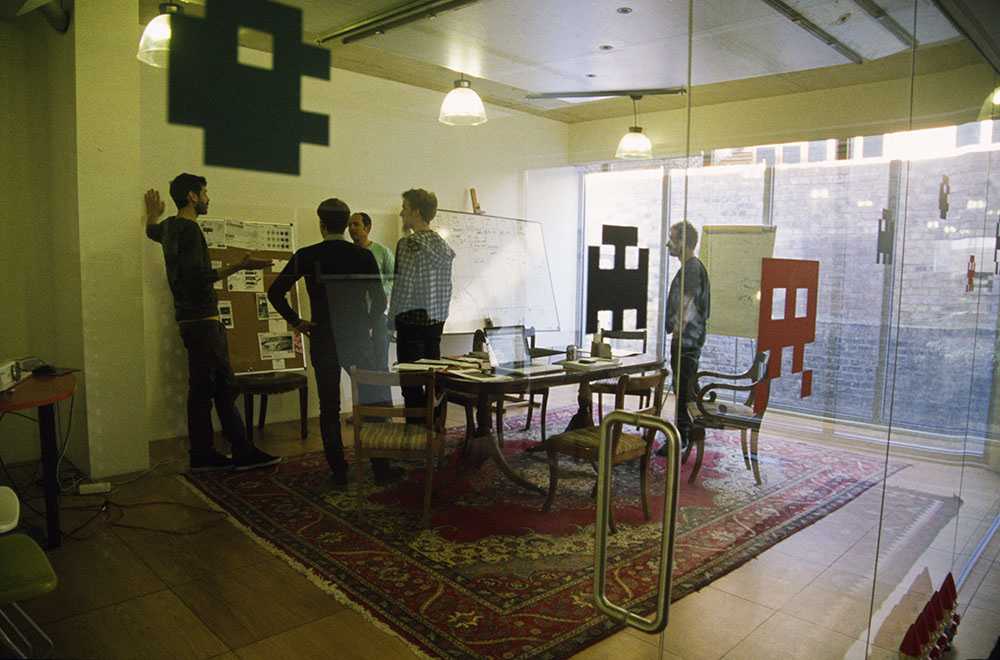 A similar approach works perfectly for presenting to stakeholders. Putting your work in front of them without any explanation will force them to come with their individual reasoning why it should or shouldn’t work. But if you create a story that is relevant to them, where you explain how your solution is going to solve their problem, then they’ll be more likely to accept it and go forward with it.

Mike Monteiro lists 13 ways designers screw up client presentations; try to see if you’re making some of these mistakes. Mike sees presenting in a similar way:

So when presenting the work, talk about it in terms that relate to their business. Talk about how the decisions you made as the design expert match up to the goals of the project. Then your client can judge those as the subject matter they are.

Depending on your design and development process, you could take a long flow and create short user stories often used in agile environments.

These smaller stories usually have a couple of acceptance criteria, and if everything is kept on a higher level, it can be checked and validated by stakeholders, project managers, engineers and testers at any time during development.

One place where storytelling shines is building a team or company culture. It’s a tricky subject because people usually assume it’s only happening in one direction, from top to bottom, but it’s also from bottom to top and peer to peer.

Storytelling is a daily activity in a team and one person can’t control it; people will always talk about what’s happening or what other people are doing. But you can do two things to influence it:

Zappos is world famous for their customer service. When they hire a customer representative, they prefer people without experience so they can train them in a way which follows their culture. Some of the calls they get and operator responses are legendary.

For example, they don’t measure customer support success by how short and efficient calls are. They try to solve your problem in any way and build a relationship. The longest call to date was 10 hours and 29 minutes on Dec 8, 2012.

By repeating stories like that Zappos shows to all employees that it’s OK to act like that. It also helps to guide new hires and setting standards. You can read a lot more of this stories if you search for “Zappos customer service stories”.

Stories come in many forms. They are usually thought of in a written or spoken form, but they can be charts, videos, photos, comics, or anything that transfers an information or emotion.

Explaining in writing what an enormous engineering feat is to move a building is hard, but only one photo completely changes the perspective. 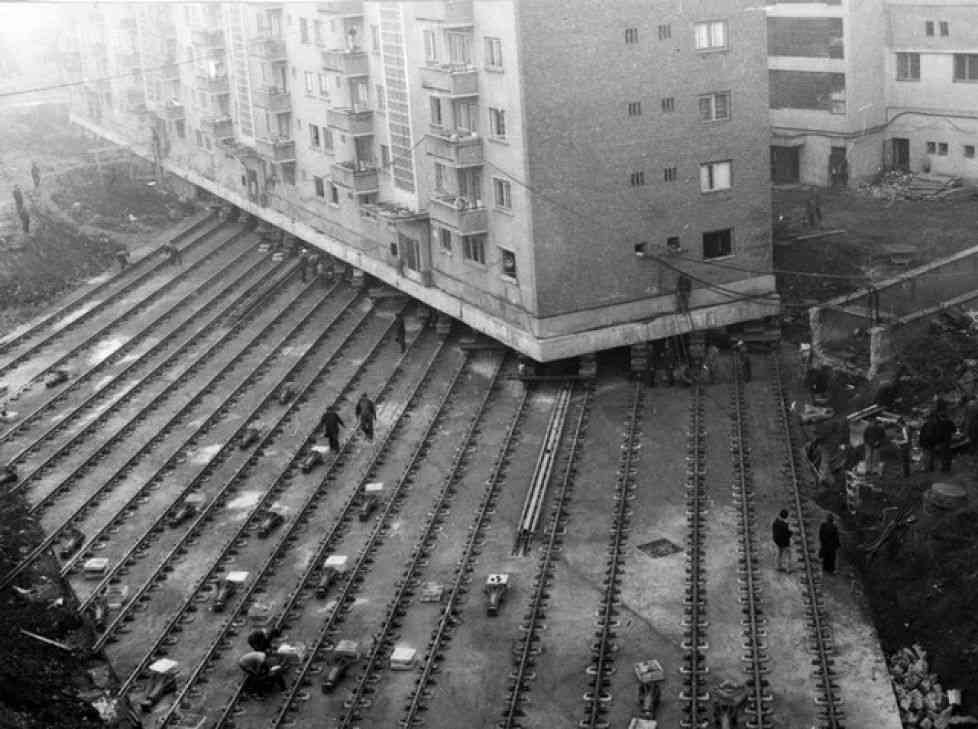 Also, a 190 pages comic shows how “simple” online shopping can be. 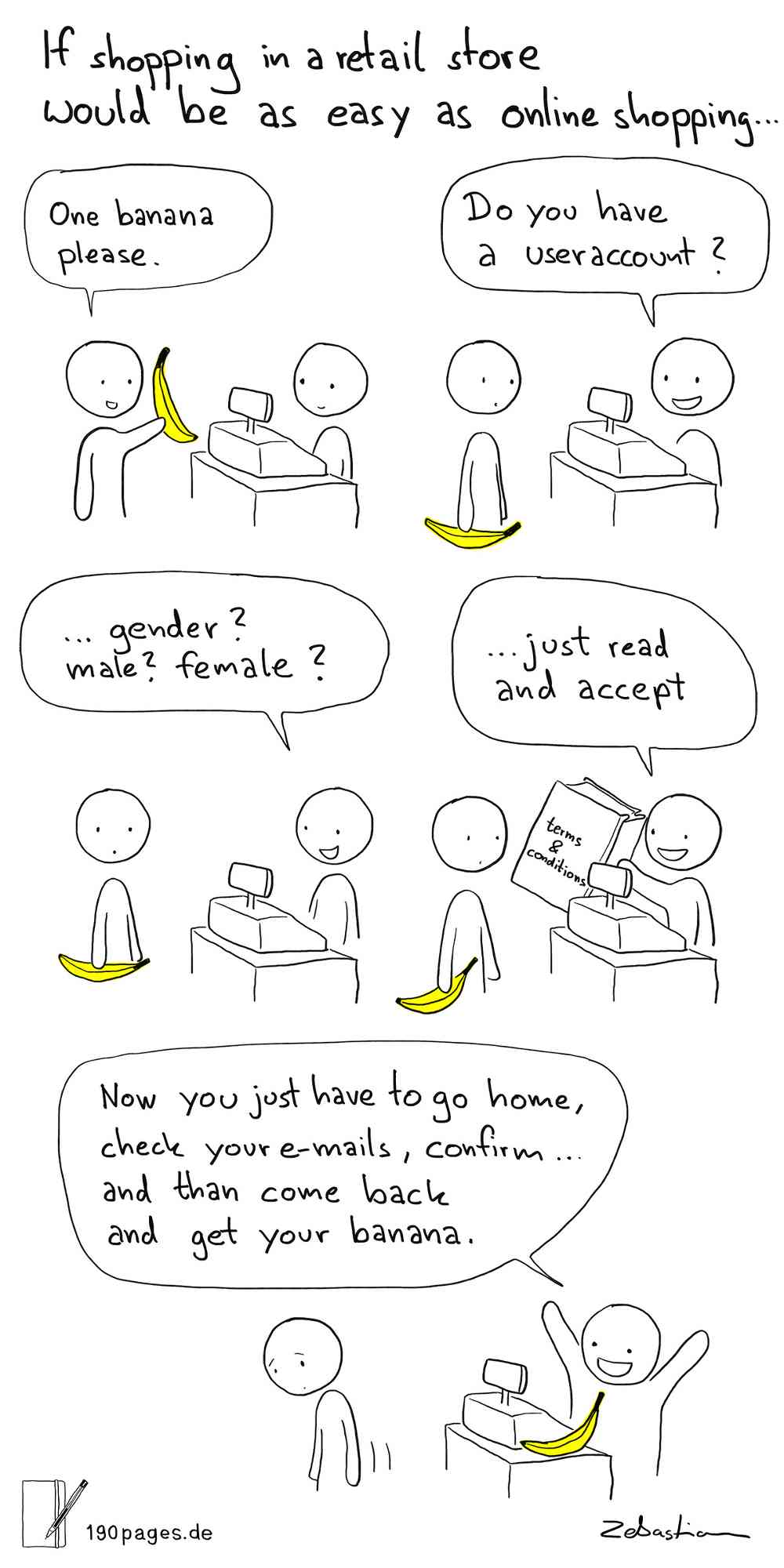 Storytelling is a way people communicate and it’s not going anywhere. Stories are powerful, effective, and influence people in a profound way. They are just a tool, so you have to be responsible and use them to do good. And with that, I encourage you to try to think in terms of stories to frame your problems or intentions better.