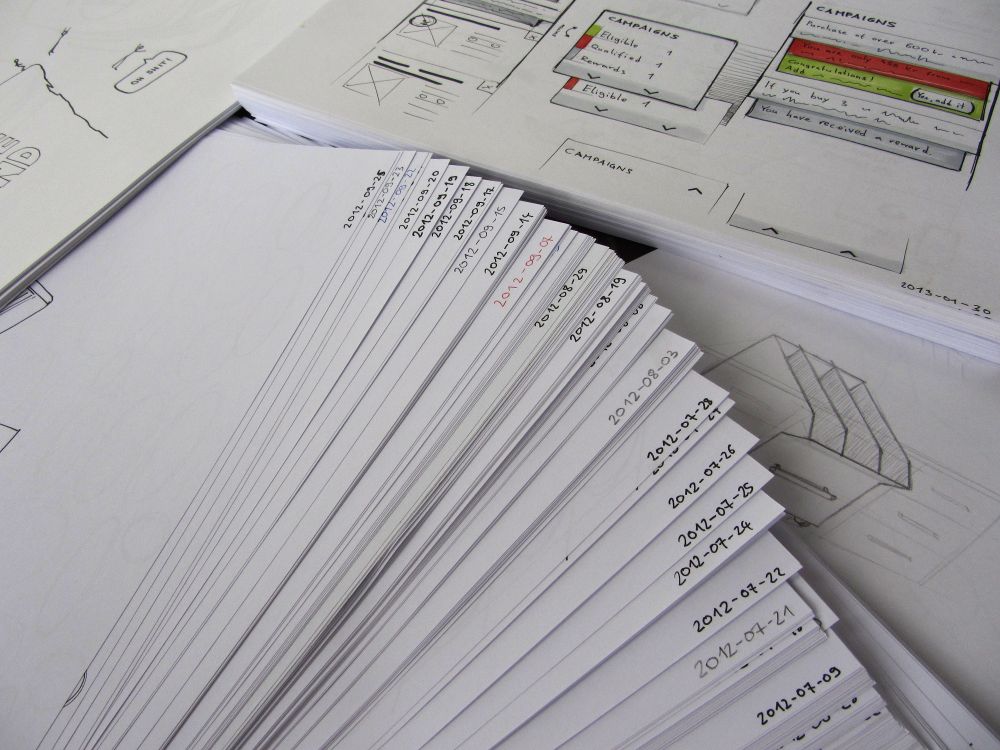 It was Tuesday, May 1st, 2012. It was a day off so I found myself sitting at my desk at home with some time to spare. I looked at my printer paper stack, took one out and started doodling nothing in particular. After about twenty minutes I had a paper full of lines, circles, three-dimensional shapes and the lingering idea of getting better if I did this every day.

I was pretty good at drawing up till that moment. Or so I assumed based on objective and valuable metrics like the fact my parents thought I was drawing well as a kid and that I was a favorite partner in Pictionary. But I always try to learn and improve, so I quickly decided what I’ll do for the next 364 days of my life. My little journey began.

I had no plan when I started, just a lot of motivation. The problem with motivation is that it’s not a constant force, but a big pendulum that needs a push every once in a while to keep it running. It’s easy to sketch for a few days, weeks or even a whole month. But when you get to day forty all ideas are used, the sketches look awful and awfully similar, and life doesn’t ask you if you have time to spare.

When unable to think of anything, I took a book about sketching, industrial design, artistic drawing or graphic design, and tried to give myself a theme for a week or a month. Doing focused exercises paid off in all future sketches. For example, after working for a few weeks on perspective, reflections, contours, intersections and other three-dimensional goodies from an industrial design sketching book, it became very hard not to do it correctly. Or at least you become aware of it and immediately start noticing if something is out of order. 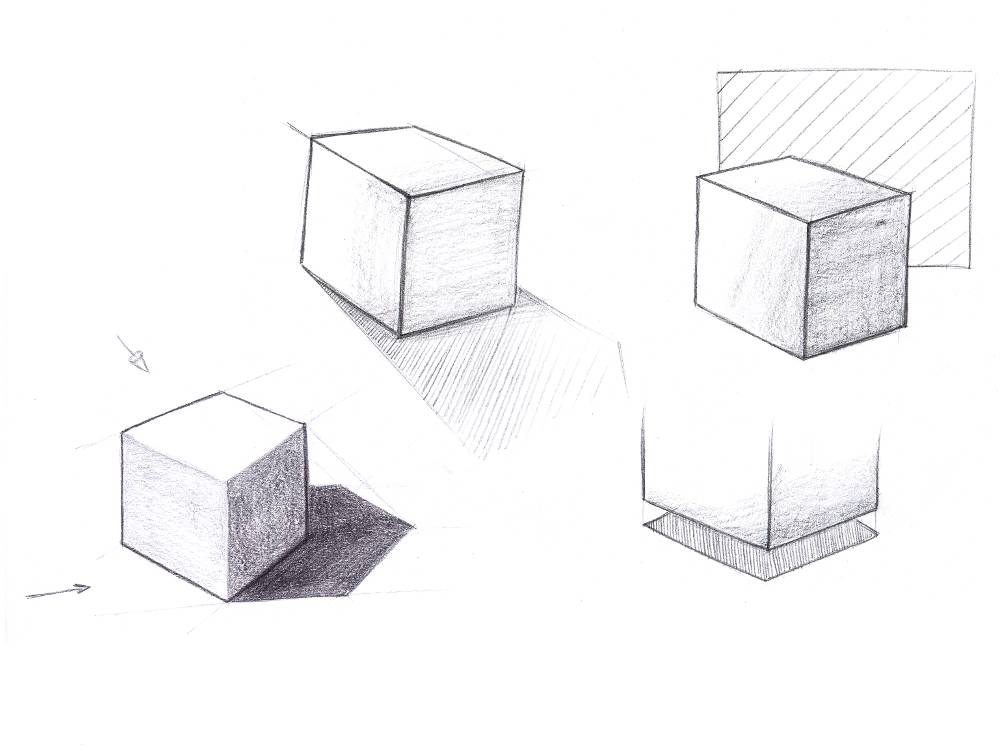 I mostly sketched simple shapes and inanimate objects, but as my current work is dominantly designing mobile apps and touch interfaces, smartphones and hands became a recurring theme. 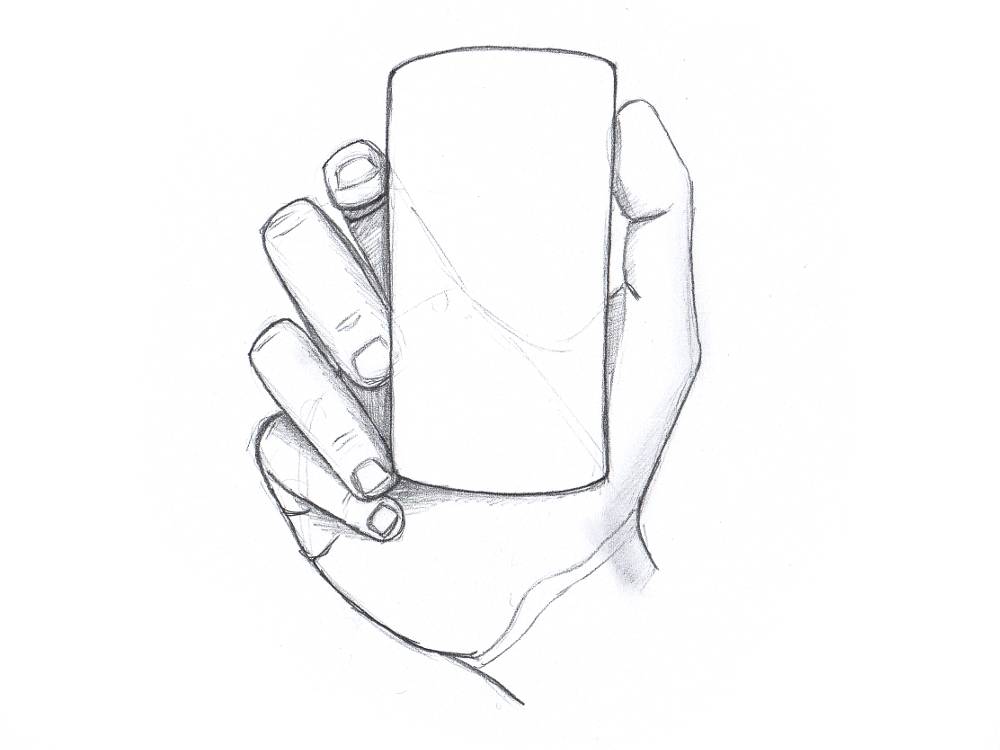 The best way to get an idea is to draw anything that’s close to you at the moment. Take your keys, a watch, a pencil, a USB stick, and just try to copy it on paper. You can use simple and quick gesture drawing to try out different angles and ratios, or go into minute details of a part of that object. Both approaches will improve your observation and drawing skills in some way.

Foul beasts called ellipses tortured me so much they deserve a separate paragraph. All circles on a three-dimensional object become ellipses when viewed from an angle. Drawing anything without them is impossible. And to draw a decent freehand ellipse of particular size and angle is difficult. They wait quietly in an ambush. After half an hour of sketching you lay one on the paper and it’s just a tiny bit off, but it messes the whole perspective, and the sketch looks like a drawing of a three-year-old. And guess what? There’s no undo. I dedicated whole sessions to practicing drawing ellipses only. I think I’m getting the hang of it. In ten years I’ll be confident I can draw them well.

In the beginning, I always wanted to start with a perfect line in the middle of the page. That almost never happened. What I’ve found out is that it’s best to start doodling on the side; it may be bad, so you can leave it and start the main sketch, or it can lead to something good expanding it towards the middle. 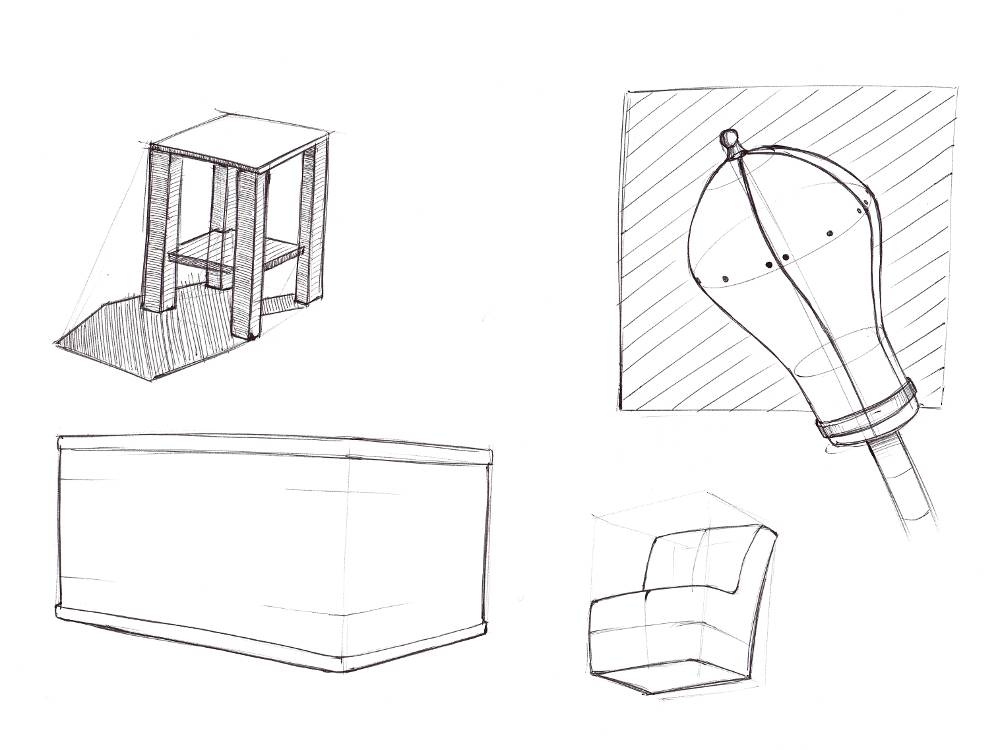 I can’t begin to describe how important this is. Of course, it’s the most important thing, but it’s also a few orders of magnitude more so than the second or third thing on the list. It’s easy to be persistent on a rainy weekend at home with two hours to kill, but a bit harder when you’re at a conference out of town for a few days or flying for 28 hours. No excuses were accepted. There were days when I came home and crashed on my bed exhausted only to drag myself to a desk a minute later to put some ink on the paper. If I had a great day, I sketched. If I had a horrible day, I sketched. Every single day.

Very few people knew what I was doing, but those who did helped me tremendously, and I want to thank them. I would probably slip if they didn’t watch out for me.

One quote I found in the middle of my journey helped me push forward:

Set yourself to practice drawing, drawing only a little each day, so that you may not come to lose your taste for it, or get tired of it. Do not fail, as you go on, to draw something every day, for no matter how little it is, it will be well worthwhile, and will do you a world of good.

Coming to the end 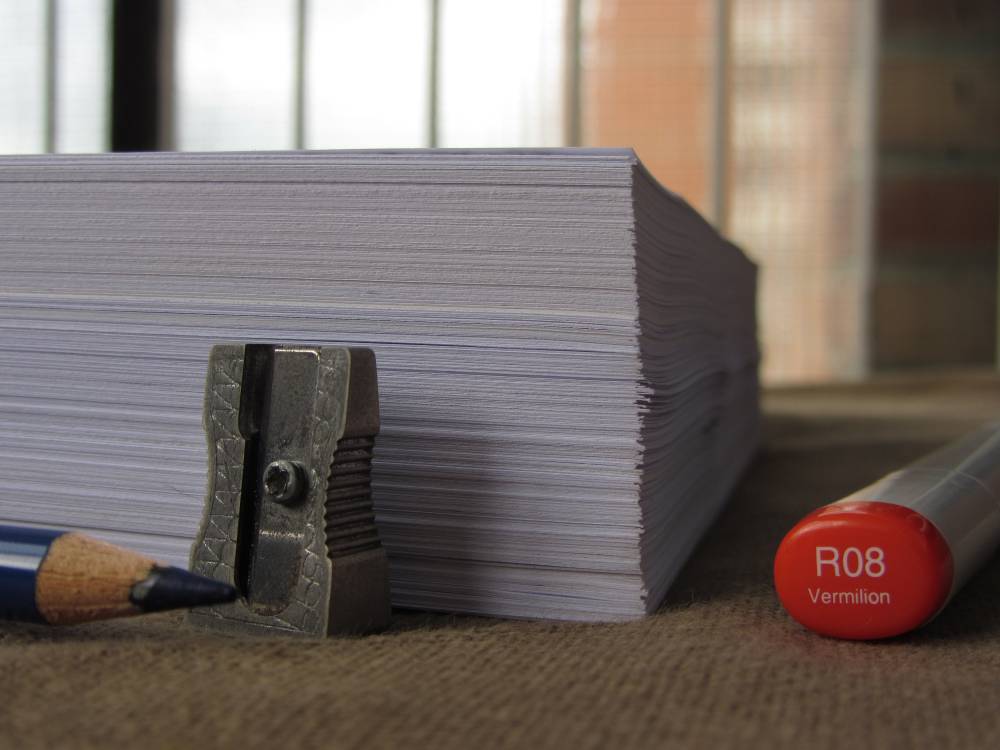 April 30th, 2013 was the last day of this journey. A stack of papers grew over the year and I visibly improved. I was also feeling a bit confused because I knew I didn’t have to do it anymore, but the habit was formed a long time ago. Will I continue doing it every day? Probably not, it’s too time-consuming, and there are other things to learn. Will I stop sketching? Hell no! Sketching is so fun and useful that it will still be my regular activity. I always keep pen and paper in arms reach.

Things I learned (or confirmed once again)