What a year. So many things happened it’s impossible to list them all. I’ll start from the most life changing–living abroad.

People all over the place

I got married this year, but even my wife would agree that moving to Switzerland was the most significant event for us. We were aware of the trade-offs–more opportunities for growth and more distance from family and friends. The former is great, the latter not so much. There are two things I noticed:

My sister living in Finland, my grandma living in Croatia and my wife. One family, three countries, five decades apart.

I’ve had friends and family abroad before I moved, so I’m used to email, chat or video communication. It’s not ideal, but it’s better than nothing. While it’s highly improbable, but possible, to stumble upon an old friend walking down a street of a foreign city, it’s relatively easy to stay in touch. Nevertheless, one of the most frequent replies I get is:

Oh hi, so nice to hear from you. I was planning to send you a message, but never got around to actually doing it.

Here’s a life tip that will make a lot of people happy. Send a message to a friend you didn’t hear for a long time the moment you think of him or her. A short message can be on its way in about twenty seconds and could start a beautiful conversation.

My grandfather called his friend the other day to wish him merry Christmas. They know each other for 64 years. Let it sink in. Six decades.

It’s a small and diverse country which I didn’t have time to explore yet and that’s one of small regrets I have from the last year. Starting a new life and business travel take a lot of time so I’ll use this year to explore “the island in the center of Europe”. I’ll ride their impeccable public transit to different regions where I won’t understand a word of local dialects. Expect photos and reports :)

Working with a couple of friends at a small studio or with dozens of colleagues at an agency is one thing. Being a part of tens of thousands in Google is something completely different. It’s hard to measure company-wide impact of an individual at that scale. It’s hard because it’s immeasurable for the majority of corporate warriors and that can be demoralizing.

I was thinking a lot about a construction analogy in the last few months. A dozen men can build a small house and they see impact of their work every day. They can build a lot of houses over time, but they can never build a skyscraper. Time, knowledge, infrastructure and capital required to build something so big is beyond a handful of people.

Search, Maps, YouTube and Android are Burj Khalifas of the digital world and I’m a highly skilled construction worker. I can’t say I built a skyscraper by myself, but my work certainly helped. Having a clear vision where the company or a product is going and how to contribute is paramount if I want to find meaning in my daily work.

Working with so many colleagues has some really nice benefits. People with diverse backgrounds or roles are more accessible, making it easier to get feedback and new insights. Both are a necessary part of learning.

From sandy beaches of Mallorca to cold San Francisco and tech-savvy cab riders, last year was rewarding once again. Every trip, pleasant or not, allowed me to experience something new. It’s funny for me to say this because I wasn’t keen on travel when I was younger. But now … now I’m wiser.

The world is a book and those who do not travel read only one page. 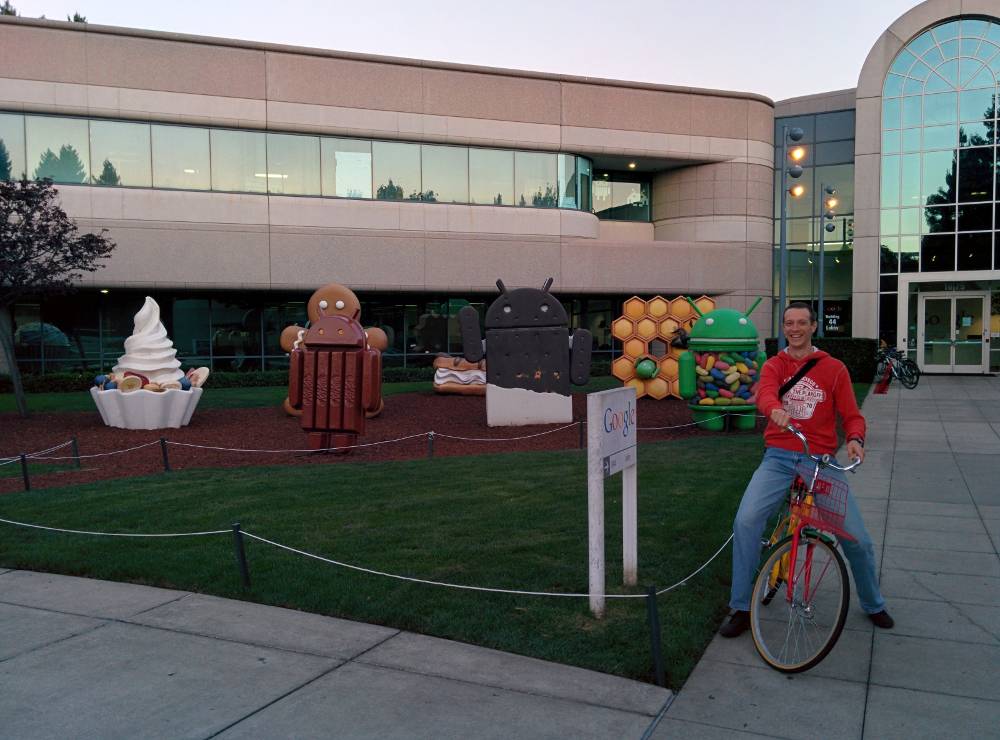 I noticed something interesting when I got back to my hometown for holidays–I’m constantly surprised to hear Croatian spoken around me. Living abroad for nine months forced me to use English and German almost exclusively, except when talking to family and old friends. Everyone around me speaks some other language and I learned to expect it, so I became super sensitive to hearing Croatian in a crowd. That works for New York, but it drives me crazy in Croatia for obvious reasons :)

All in all, it was an exceptional year. If 2015 packs only half of last year’s excitement, I will be delighted. Happy New Year, dear reader.