The third World Information Architecture Day took place on February 15 by organizing local events around the world. UX Passion organized it for the first time in Zagreb. I was invited to speak about iOS and Android design guidelines.

I presented a few examples of good and bad navigation decisions on both platforms. Skype for Android chat was used as a “somewhere in the middle” example where I suggested another (IMHO better) solution. I would like to expand on that example and explain my thought process. Please note that my only focus is layout and navigation of the chat screen, not overall performance and user experience.

Here is the current chat screen for reference: 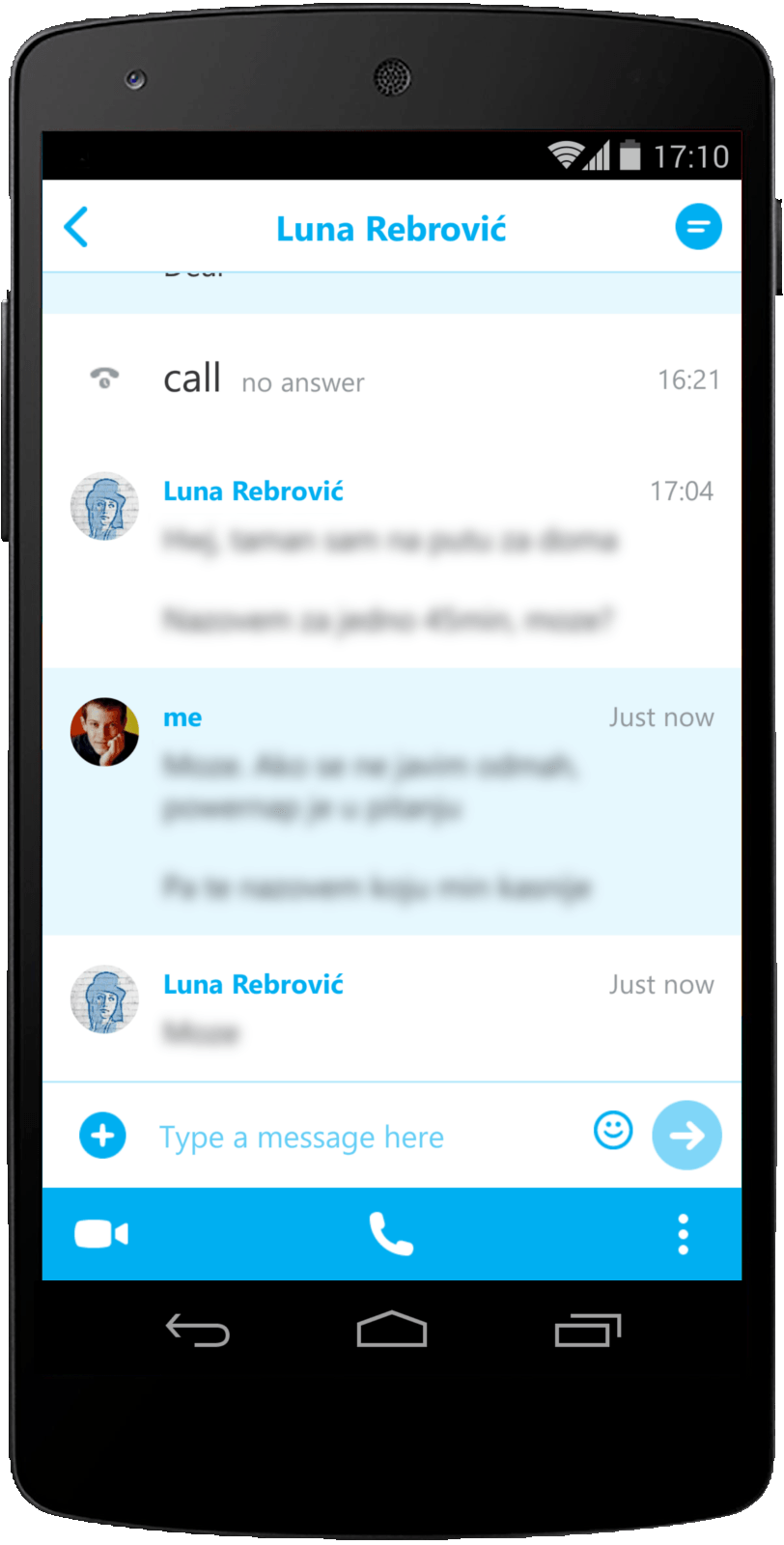 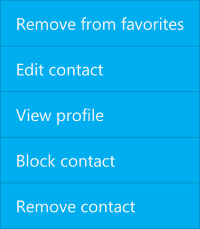 How did all of that happen? Let’s try to find out.

Influence by other platforms 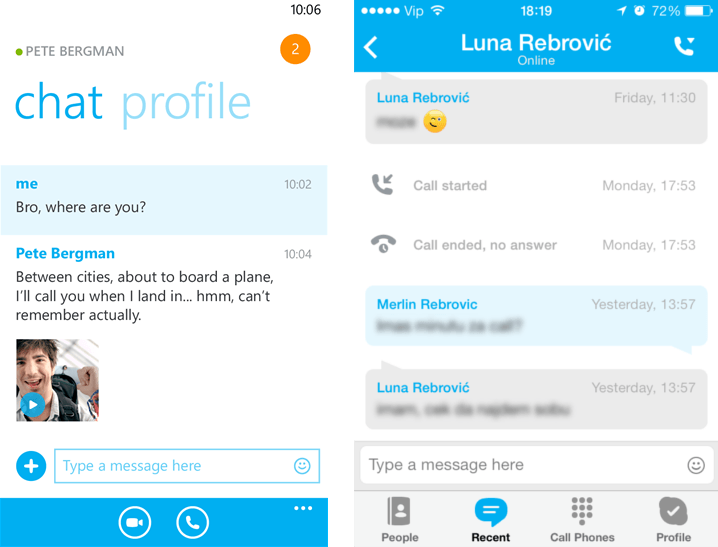 Both versions are conforming to their respective platform guidelines. But does iPhone’s top Navigation bar looks familiar? Or Windows’ bottom blue bar with video and audio calls? Or even the “plus, type a message here, emoticons” row?

No wonder Android looks like Frankenstein’s monster assembled from spare parts. Let’s try to fix that.

I didn’t modify any visuals on purpose; I just wanted to change layout and information architecture. That being said, having a blue or light gray background and switching from Segoe UI Bold to a lighter typeface–or even system font–could look better and less clutered on Android.

The plus icon is problematic. It opens a pop-up with actions like “Send file”, “Take photo” or “Add participants”. It doesn’t seem to me they are used regularly, especially on a mobile phone. But I’m not sure, I’m just assuming. It’s there on Windows Phone, but hidden on iPhone (top right icon).

If this was a real redesign and I had enough time, I would wire up some analytics and wait until I get statistically significant results. Let’s assume for now users don’t use those actions too much. In that case, we can push it to action overflow. Emoticon icon can be enlarged and moved to the other side; there shouldn’t be any accidental taps now.

Here is the complete solution with the action overflow opened.

Transferring patterns from other platforms is the cause of many problems. Some of them are:

There are so many ways to positively impact user experience and innovate without messing with navigation and information architecture. For a communication application it could be speed, sound and video quality, resilience to crashing and dropping calls, cross-platform and cross-device usage.

The general advice is to use what platform provides in 95% of the cases; it’s easier not to make a mistake that way. If you need to deviate, do it with a purpose and a valid reason.

I installed @Skype for Android. Noticed its chat looks almost exactly like my #WIAD redesign from 2 years ago https://t.co/kFOjiHY8rh