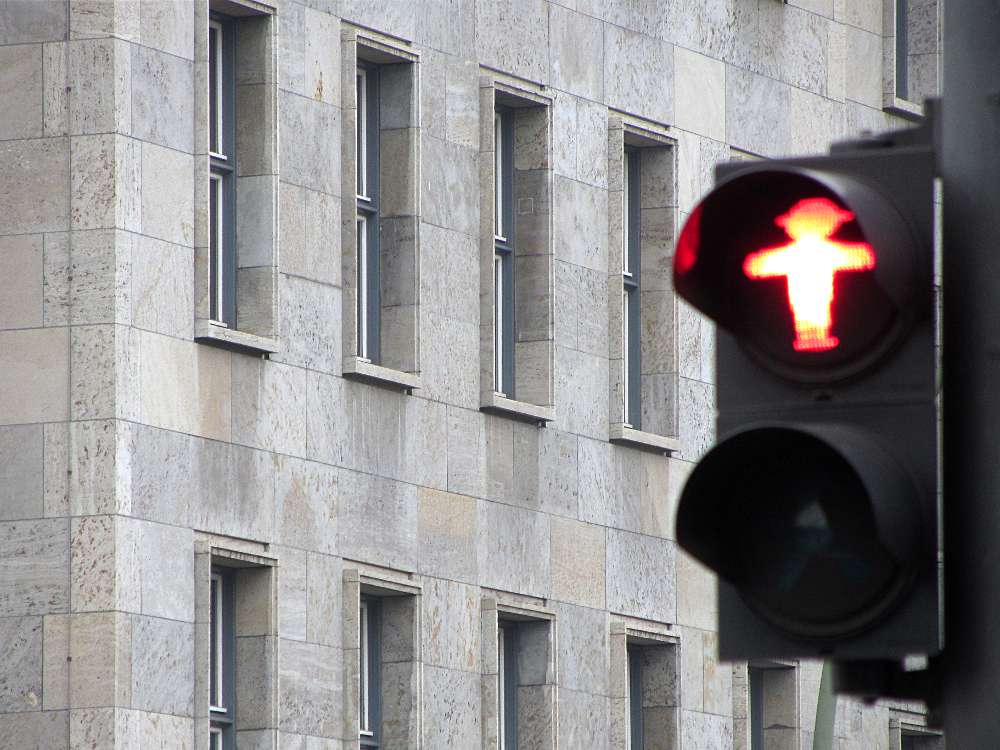 There is a lot of history in this simple photo.

A traffic light man is a remnant of East Germany–West had a generic one–and is now a symbol and a popular souvenir in Berlin.

In the background is Detlev-Rohwedder-Haus. The building was constructed in 1936 and is a prime example of Nazi architecture. It housed Luftwaffe until the end of World War 2.

When Berlin was finally overrun by Allies, Soviets occupied the building because the city was in ruins. Trying to dismantle Nazi government from a Nazi building is a one of life’s nasty ironies.

To take this specific photo, I had to stand where the Berlin Wall once was. It stood there for almost three decades, completely defining modern history of Berlin and leaving a permanent mark on generations of its inhabitants. And probably on the rest of Germany too.