Note: I’m not implying any conspiracy theories or ill-doing here. I was just intrigued by the parallels between recent events in the real world and a fictional plot. Many big tech companies and startups work in VR today. Consider this a fun musing :)

I started to read Ready Player One, a science fiction and dystopian novel by Ernest Cline. It’s about a teenager being pulled into an adventure in a digital world accessed through VR goggles and haptic feedback gloves.

I’d heard of Halliday, of course. Everyone had. He was the videogame designer responsible for creating the OASIS, a massively multiplayer online game that had gradually evolved into the globally networked virtual reality most of humanity now used on a daily basis.

The OASIS would ultimately change the way people around the world lived, worked, and communicated. It would transform entertainment, social networking, and even global politics. Even though it was initially marketed as a new kind of massively multiplayer online game, the OASIS quickly evolved into a new way of life.

But the most interesting thing happens outside of the book, in our own real world.

The book was published in 2011. Then, in 2012, Oculus launches a successful Kickstarter campaign for their virtual reality goggles Oculus Rift. They were the first one to tackle VR by far, but they made a splash and popularized the field once again. Their mission is to “make it possible to experience anything, anywhere, through the power of virtual reality.”

In 2014, Facebook announced that they acquired Oculus Rift for $2B. At F8 this year, Facebook also stated their mission: “Give everyone the power to share anything with anyone.” 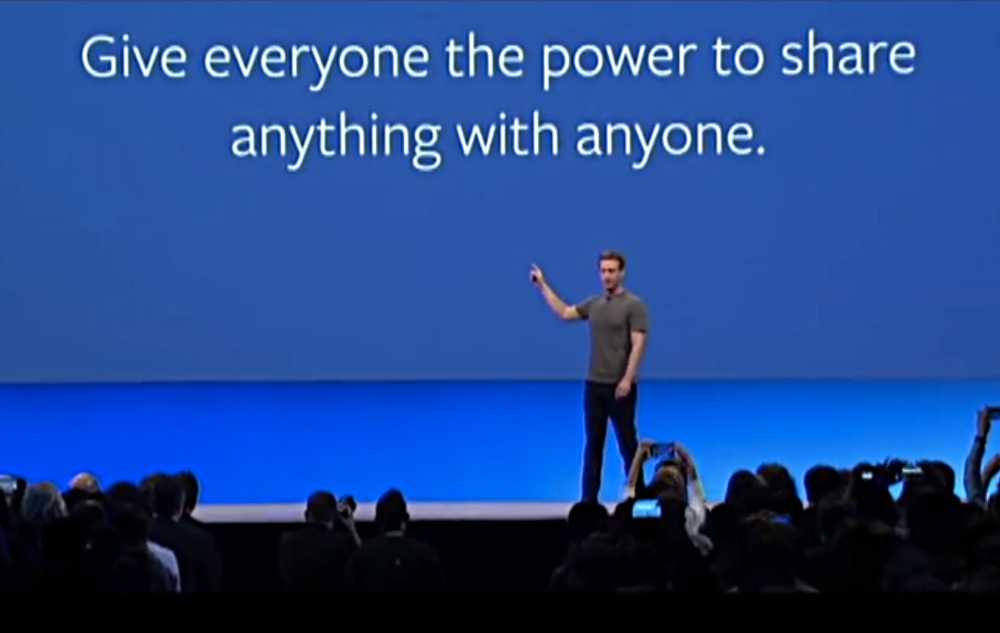 Here are further descriptions of the virtual world from the book:

Before long, billions of people around the world were working and playing in the OASIS every day. Some of them met, fell in love, and got married without ever setting foot on the same continent. The lines of distinction between a person’s real identity and that of their avatar began to blur.

It was the dawn of new era, one where most of the human race now spent all of their free time inside a videogame.

Previous blog post:
Qualities and strengths of an outsider