Alan Ford is lost in translation 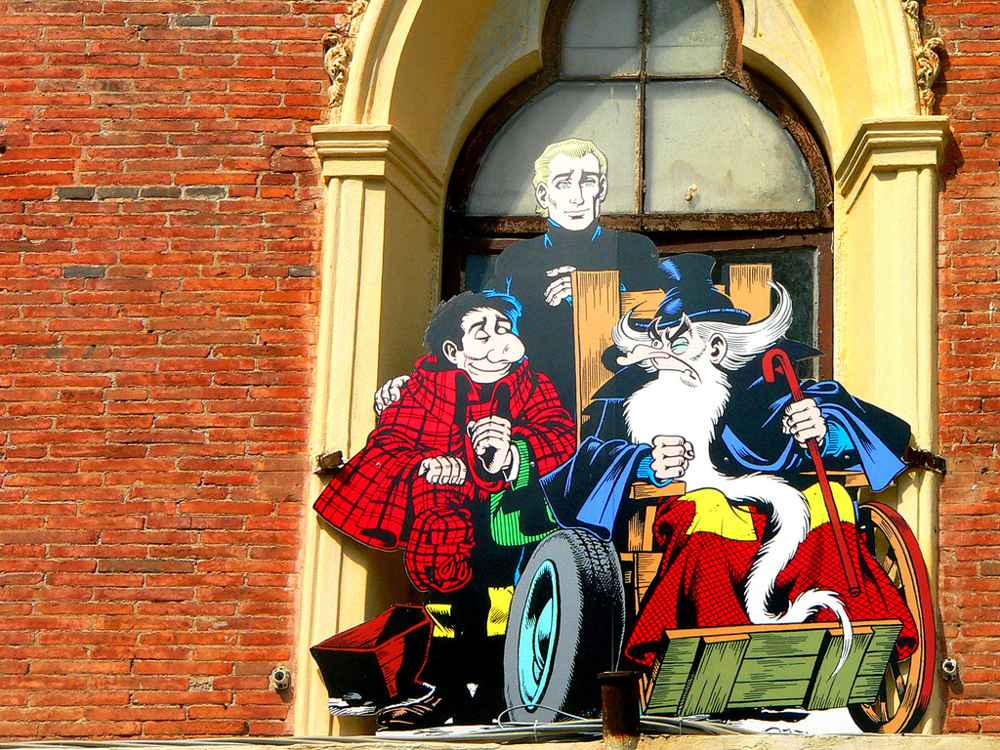 Alan Ford is a comic series started at the end of 1960s. Alan is a member of a small group of mostly clumsy and lazy secret agents operating from a flower shop in New York. Their actions are filled with satire and black humor often pointing to issues in Western society.

This introduction would be redundant if you’re from a former Yugoslavia country. Just saying Alan Ford would be enough to set a stage for either a discussion or a joke. And this is where I stumbled.

The comic was extremely popular in Croatia for decades. My generation and my parents’ generation read it. Even if someone didn’t, they probably knew it existed and some main characters. It’s a common reference both in everyday speech and in media. It’s so pervasive that I took it for granted. And I mean, why wouldn’t I? I was still a kid, all grown-ups knew about it and the story unfolded in the US. In that pre-Internet time this meant it was as known as Star Wars. What a mistaka to maka.

My narrow-minded perspective got obliterated when I left Croatia. Frequent references during conversations to either Alan Ford characters or situations were all met with blank stares. I attributed the first couple of misses to chance, but afterwards I started to worry. Even when I tried to explain, they didn’t get it because the required context is huge. Maybe it wasn’t them, maybe it was me?

A quick search provided all the answers I needed, but didn’t really want to hear. The comic was only popular in Italy–where it originated–and former Yugoslavia. There were attempts to expand to other countries, but they all failed.

That got me thinking on how many seemingly unrelated things are subtle ingredients of a popular culture. One thing by itself may not be noticeable, but a lot of them added together represent a big chunk of common knowledge and context which everyone can reference. It becomes a part of country’s culture. When you go away, it’s almost impossible to take it with you. It’s also hard to learn intricacies of other countries and cultures; not because someone wants to hide them from you, but because they are often not aware of them themselves.

Using Alan Ford in everyday speech was living in a bubble. But it was a fun bubble and I miss it. 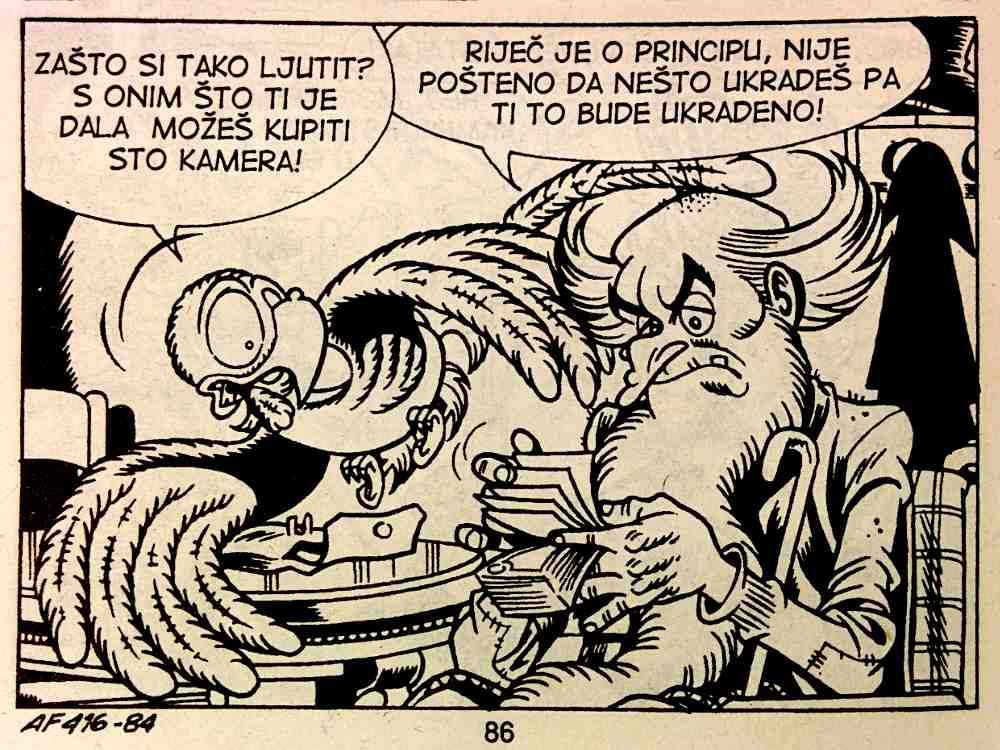 Parrot: “Why are you so angry? You can buy a hundred cameras with the amount she gave you.”
Old man: “It’s a matter of principle. It’s not fair to steal something and then have it stolen from you.”

Don’t miss this one:
Modern Berlin